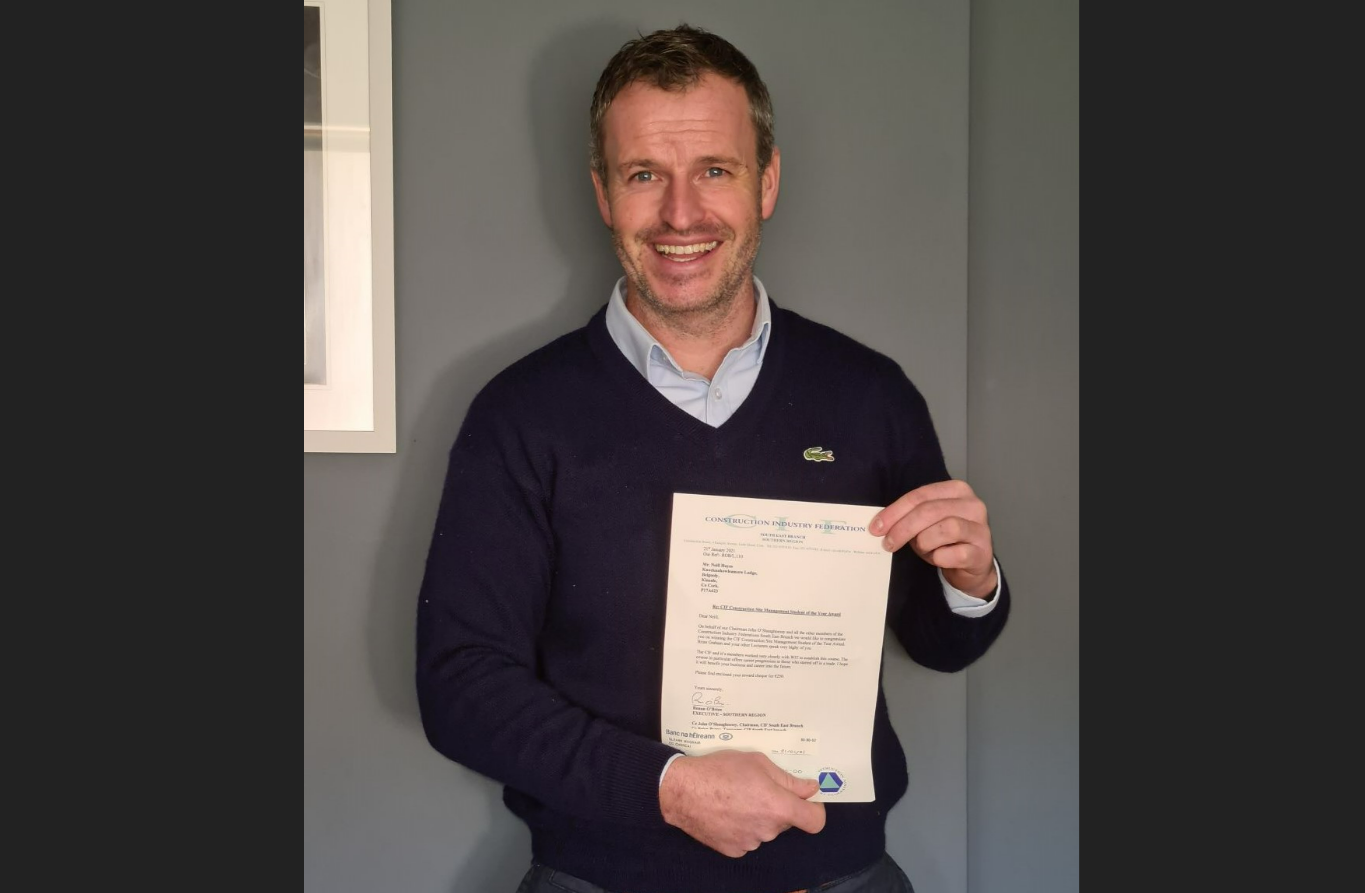 The co-founder of a Cork company has been honoured for his academic excellence.

The accolade, recognising outstanding academic performance, is the latest addition to Waterford Institute of Technology’s suite of construction management programmes.

It was presented by the CIF’s Ronan O’Brien on behalf of the South East Branch at WIT’s virtual Construction Management Awards ceremony.

“You have developed an excellent course which is expertly delivered. Keep up the great work,” award-winner Hayes said.

“Thank you to Ronan and the CIF for sponsoring the award and indeed for the constant support and engagement with the course.”

Neill originally served time as an apprentice carpenter and joiner in the late 90s with Kilmoney Construction in Carrigaline, Co. Cork.

He progressed to general foreman in the 13 years he was with the firm.

He went on to co-found Carrigbel Construction Ltd in 2013 where he now manages on and off site commercial and residential projects.

The BSc in Construction Site Management is a part-time, Level 7 award specifically designed for professionals who want to upskill while maintaining employment.

Course fees have been subsidised under the Springboard+ initiative for the past three years.

WIT course lecturer and programme leader Brian Graham said: “Ronan, the CIF South East Branch and its members have been instrumental in developing this programme from the very start and continue to support it as it goes from strength-to-strength.”

The Clancy Industrial Placement Award was also awarded at the WIT event.

It was presented by John O’Shaughnessy and Declan Fitzpatrick to Ourish Dunne of Carron & Walsh.

The Sisk Award for Excellence in Research & Project Management, presented by Declan Gahan, and the CIOB Certificate of Excellence, presented by Derek Cassidy, were both won by Dean Kearns of Suirside Construction.