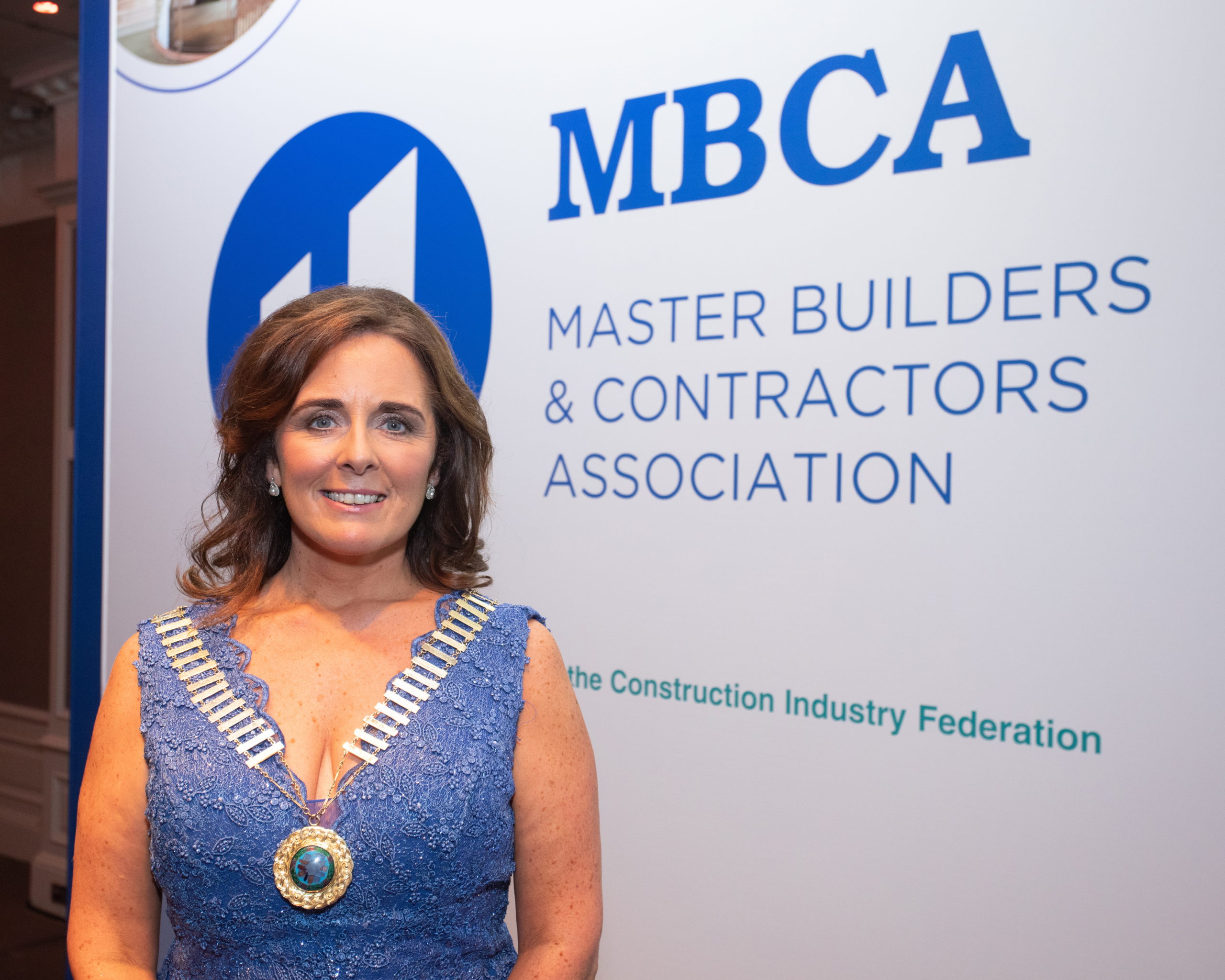 “When I took up the mantle as MBCA President, there was an article written about my Presidency and it was titled ‘Finding your Tribe’ – but they had omitted to mention the fact that I hail from the lovely Co. Roscommon,” jokes Galway based Tara Flynn, who has just completed a successful term as President of the Master Builders & Contractors Association (MBCA).

Speaking at the Association’s recent end of year gathering, she added: “I can honestly say that I found my tribe amongst some of the most inspiring and supportive individuals within the MBCA and the CIF.”

While it is now ‘back to the day job’ as Managing Director of Paul Flynn Construction, Flynn is just getting going when it comes to championing her passions within construction. Reflecting on what she describes as a memorable and rewarding year as President, she says was proud to fly the flag for the MBCA, the CIF, and for the Western region.

She has also just been re-elected as Chair of the CIF’s Galway branch. “You want to take it by the reigns and do your best, not only for the MBCA Council, but for members and the Federation,” she says. “Flying the flag for the West aswell, being the first and only female from the West, flying that mantle was a huge honour.”

Flynn believes it’s vital to encourage more women into the industry and says building confidence is central to that being a success.

“Every woman’s success should be an inspiration to another,” she says. “The changing landscape of construction and advanced technologies are opening the doors into our industry. So, ladies, believe in yourselves and you will be unstoppable.”

This ethos goes beyond just words of encouragement, it is connected also to real and tangible ways to carve out a path in the built environment.

Flynn is an advocate of initiatives such as Skillnet’s Return with Confidence: Construction Works – a returner programme for women in construction.

Among the companies currently offering places on this fully-funded 12-week course are Ardmac, Flynn, Glenveagh, Glan Agua Ltd and McKeon Group, among others.

“We are a minority, but we are growing and I’d like to see more women around the table,” Flynn adds. “The whole landscape of construction has changed, the landscape of careers has changed totally for both women and men.

“There are many flexible roles now where you can work from site or office, be homebased or a mix of both.

“The Skillnet Return with Confidence course was originally targeting mums or women who have reared their families and now have time on their hands to either return to a career in construction or start out new.

“It’s six weeks training, six weeks placement and then you get four coaching sessions. We need to start tapping into our board levels as well. It’s got a lot to do with confidence … pushing courses that build confidence.”

Flynn is only the second female President of the MBCA but the first woman to givethe President’s address within the last 100 years. The MBCA baton was handed down to her by Past President Mick Flynn and the year previous the role was held by Rachel Clarke, Managing Director of MJ Clarke & Sons.

“Rachel was the first ever female President of the MBCA, which provides some indication of the challenges women have faced in our industry but we are now emerging with a stronger voice,” Flynn says.

“Without diversity, construction will never truly modernise. Even though our industry is still somewhat recognised as jobs for men, our competence, integrity and poise are winning the respect we deserve, but we need to take a collaborative approach and combine our strengths to change this perception.”

She also paid tribute to trailblazers such as CIF Past President, Dr Mirette Hanley Corboy who passed away earlier this year.

“Mirette was a remarkable lady, she was a pioneer for equality and university education. She was the first, and up to now, the only female President of the CIF where she held the title in 1981 and also in 1992 and 1993.

“Just like Dr. Mirette, a great supporter and leader, I strongly believe that having more women in our sector will help change our industry for the better.

“I’ve learned a lot, as a person and in business,” Flynn adds of her MBCA tenure. Education matters Flynn is a member of the CIF’s Education, Training and Skills Committee, led by Director Dermot Carey.

“There is a very apt saying, from small acorns grows mighty oaks,” she says. “The careers campaign has kicked off now and as part of that we’re running a very successful Safe Pass programme and I’d encourage members to sponsor that or to offer work experience to the Transition Year and Leaving Cert Applied students.”

Through her company Paul Flynn Construction, she recently reached out to partner with Garbally College secondary school in Ballinasloe.

“The Transition Years have done a very successful Safe Pass programme and now they’ll do a tour of the Castle Group Modular production facility. All that helps, it gets them thinking about construction,” she says.

But, she believes, the connection with schools needs to start much earlier.

“We need to try and get into our primary schools. Kids at that age have to be thinking construction. It’s a changing landscape with modular, 4.0 … these are all topics that weren’t there when I was starting out.

“One of my aims is to work out how we can get to the primary school kids and encourage them to think construction before they are going into secondary school.

“Early education is where we need to address the misconceptions about our industry. By painting our industry through enticing and inclusive images, we can and will entice a lot of younger people, both male and female, into our industry.”

This kind of genuine investment in the next generation comes from Flynn’s own experiences of mentorship and encouragement over the years.

“Mentors helped me get on the ladder and I certainly wouldn’t be here only for theirencouragement, helping to foster that ambition and determination to succeed when I started out first,” she says.

“I came from a family of six and daddy was building for years and years, but I had no interest in going into construction. It wasn’t on my radar whatsoever and look at me now.

“I’m Managing Director of our own family construction business, Chair of Galway, and was President of Master Builders. It’s all possible and for that reason I feel it’s possible for both young or old to take up construction.” 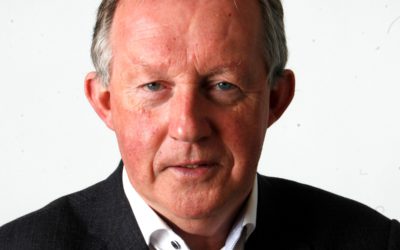 As 2023 beckons, CIF Director General Tom Parlon looks back on the construction year that was