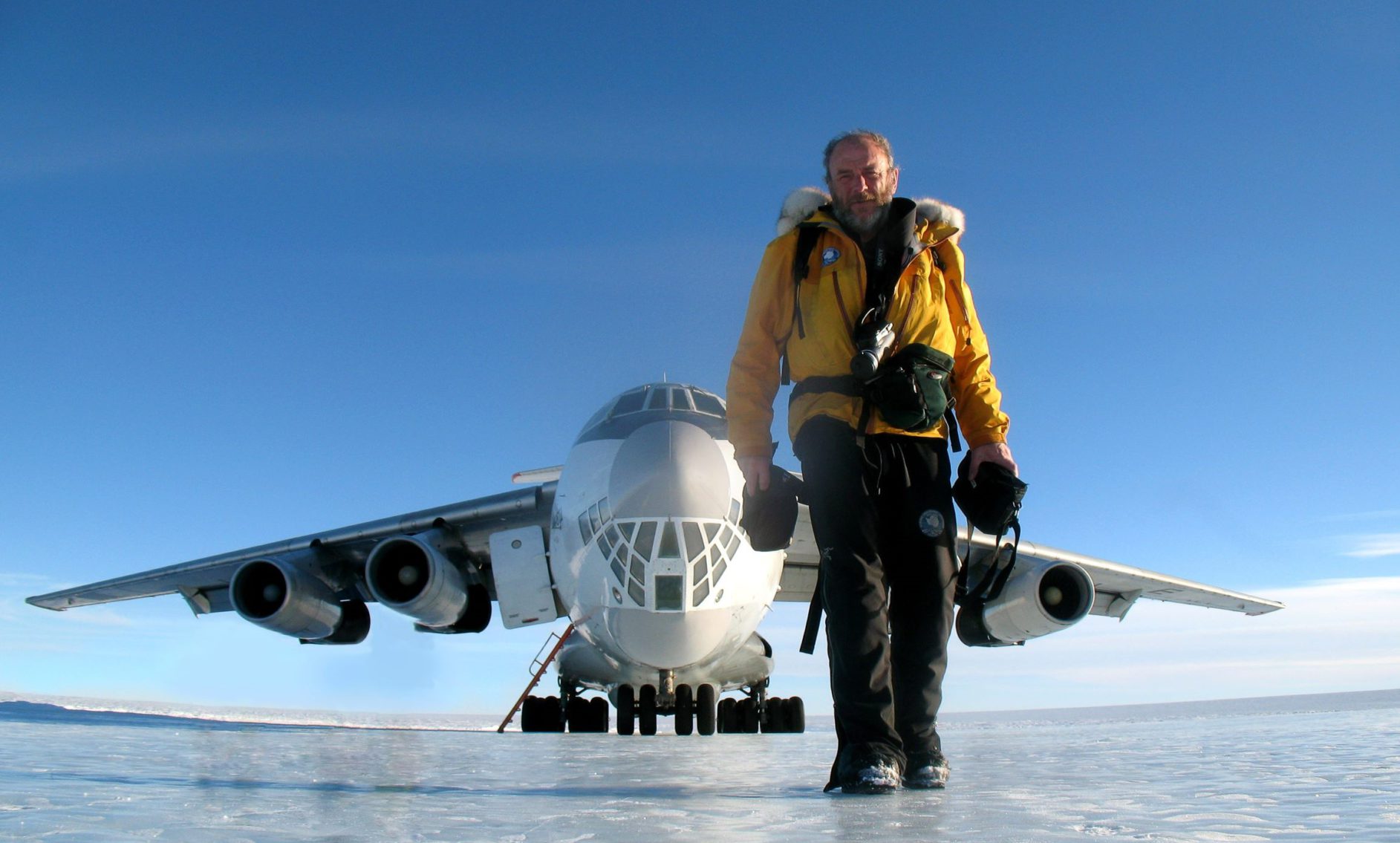 Climb every mountain he hasn’t, but overcome obstacles, barriers, depression, financial ruin and fight his way back from the debts of despair, well, yes Pat Falvey has done that.

In fairness though, the Cork mountaineer has climbed to the top of the world twice.

He was also the first person in the world to complete the seven summits – the world’s highest peaks on each of the seven continents – twice.

And now he might be taking on one of his most risky tasks to date, a Cork man advising the Kerry football team as a performance coach. That’s almost as mad as going up Everest… twice.

Originally from Gurranabraher in Cork City, Falvey, now 63, finished up school early and started out as a bricklayer at the age of 15.

According to Falvey he had no sooner picked up a trowel than he announced he was going to be a millionaire.

One thing that Falvey is not short, in fact he has reserves of it, is self-belief.

Just as physical fitness is also a massive requirement to scaling the world’s most challenging peaks, the belief that you can do it is undoubtedly a huge part of making it to the top.

But in his youth, that self-belief was often overtaken by hubris and a tendency to be obnoxious.

“By the time I was 20 I was building 200 houses a year,” says Falvey, but that success masked weaknesses.

By his own admission, even though he was on his way to becoming one of the largest house builders in Munster, he still hadn’t learned to read or write properly.

But then in 1986 everything went belly up: to make a long and messy story short, Falvey nearly lost everything.

Falvey is frank that much of the blame lies with him, and not his “fantastic management team”.

“I did something very stupid because of my inexperience,” he says, explaining how he had over-traded.

Besides the financial fallout and nearly losing his home, Falvey suffered in profound ways, and he acknowledges that he made those close to him suffer too.

“I lost my self-esteem,” he said, and while it withered the team he had assembled around him fell away with it.

Falvey now recognises that the loss of self-esteem in a time of extreme hardship and adversity is not unique to his own situation.

Reflecting on that time Falvey used strong reproachful words, but the key lesson he learned was not to give up.

That was a hard-learned lesson, and he nearly went to the brink in learning it. The road back to redemption, and to the world’s highest summits started with Falvey being open.

He was open with his family about his faults and weaknesses, in fact that openness extended to his competitors in the construction industry, and in being open he found support.

Falvey said in times of turmoil, it’s important to stand back, so as to allow for clarity. It was likely in one of those moments that an acquaintance approached him in the early 90s and suggested they go hillwalking.

“I thought he was mad,” Falvey said, explaining that he was a workaholic and not a ‘walkaholic’.

But in starting out on that journey something clicked and Falvey started down the path that would lead to incredible heights.

“I went for a walk up a small hill, and I was so excited even though the banks were taking us to court to take our family home,” Falvey said remembering his first hill walk.

“It enabled me to put my thoughts in order in relation to how to fight back.” In hillwalking and mountaineering Falvey found something which probably many others have too: tranquility and a challenge.

And while he was changing, learning and adapting, in the transformation he held on to some of that core Falvey DNA.

“On the second week out climbing Carrauntoohil I said I was going to climb Mount Everest, which gave me another focus.”

It was goals such as scaling Everest which ultimately helped Falvey build up the reserves of confidence which had withered away in the adversity and turmoil of his business failure.

Although Falvey occupies a rarefied group of people who have summited Everest twice, his head is not above the clouds.

He might be prone to what are, taken at face value outlandish statements, but he can deal with the reception.

“When I was a bricklayer and said I was going to be a millionaire people laughed at me,” Falvey said. “So I’m used to having people laugh at me.”

Likewise, when he announced his intentions to climb Everest. Perhaps too, the title of his new book – Falvey has written a rake of books, and he’s also getting into podcasts – Accidental Rebel is telling.

“When people try to put me down, I have such a sense of self-belief that was taught to me from my grandmother, that once I believe it, I’ll have the courage of my convictions and I won’t procrastinate.”

And while well-meaning friends and family warned him about the fatality rate involved in attempting to climb Everest, Falvey thought differently, he thought about the ones who conquered the behemoth, and pictured himself doing likewise.

Given the year that we’re still struggling through, when so much in our working and family lives has been upended, we could all do with a bit of that Pat Falvey self-belief.

As well as being a sought-after speaker and bringing films he’s made to Sundance, he’s embarking on building a global community called the Forever Young Club.

For those aged 50 and over – there’s no upper age limit – Falvey hopes to empower the worldwide community to develop an active, healthy, sustainable lifestyle, and to propel them onwards to set milestones even as the clock runs down.

And as for continuing on his rebel ways, well Falvey has nailed his colours to the mast with the Kerry team.

Now he just has to convince the 15 players they can defeat ‘Goliath’. And we all know who that is.