Giving back: Construction building up society

In a year when we have all had to hang together, the construction industry especially has given back. Pádraig Belton looks at some recent charitable endeavours.

Staff at Bennett Construction took part in the Darkness into Light challenge for Pieta House, Ireland’s suicide prevention charity. “Even though the rain was pouring down, we didn’t let that dampen our spirits,” said the organisers. The team from Bennett raised over €1,700 for Pieta in May, which provides free therapeutic help, round the clock, to people in suicidal distress and those who engage in self-harm.

The charity was formed in 2006 by Irish psychologist Joan Freeman. The first Darkness into Light took place in 2008 with 400 people participating; by 2018, there were 200,000 taking part. Participants meet before dawn on a Saturday, usually at 4.15am, and walk or run for 5km to meet the sunrise.

Bennett also became a company sponsor for the Lighthouse Charity, who deliver a 24/7 construction industry helpline. The helpline, which is complimented by a supporting app, offers advice on mental, physical, and financial matters for construction workers and their families in Ireland and the UK.

An oxygen generator for Bangalore

By June, Ireland’s vaccination programme had hit full sway, but India experienced a surge of coronavirus cases after the emergence of an extremely transmissible Delta Plus variant. Against this background, Ireland’s Health Services Executive decided to donate an oxygen generator from University College Hospital Galway to the Indian Health Service, where it could do greater good.

Oxygen generators separate oxygen from the air, so the gas can be given through ventilators to patients who’ve suffered respiratory failure. Ireland also sent 365 ventilators to help the overwhelmed Indian health system. But there remained the tiny problem of getting a mammoth piece of kit, the size of a shipping container, the 8,600 kilometers from Galway to Bangalore.

“Logistically it’s a mammoth undertaking,” explained Mark Flanagan, managing director of Kirby Group Engineering. Kirby Group took on the task of removing the generator by crane from University College Hospital Galway and shipping it to India. “But when we work closely with our friends and colleagues, it’s incredible what can be achieved to help those most in need,” continued Flanagan.

Another Irish company, complex delivery specialists PM Group, partnered with Kirby to oversee the safe delivery and installation of the generator on the Bangalore end.

Get a vaccine, give a vaccine

“In Ireland, we are very privileged to be receiving a Covid-19 vaccine from the HSE,” said John Paul Construction in July. And so the company decided to support UNICEF’s ‘Get a Vaccine, Give a Vaccine campaign’. The company said it was “encouraging our employees and supply chain partners to support this campaign,” by donating €20 to pay for a vaccine in a developing country administered by UNICEF.

The UN body aims to deliver two billion vaccines to adults by the end of 2021. John Paul Construction said it will donate €20 to the UNICEF campaign for every employee donation. It has so far raised €1,470.

So from walking into the light to oxygen generators for Bangalore, in a pandemic year, the construction industry is at the forefront of a country coming together to support those in greatest need.

Share your good works stories in Construction magazine. Email us or connect at @CIF_Ireland 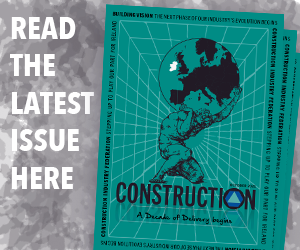 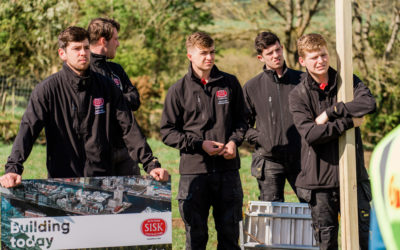 Wayne Metcalfe, John Sisk & Son’s Director for Health, Safety, Sustainability & Quality, on how safety is at the heart of the Sisk value system of care, integrity and excellence John Sisk & Son is proud to be a Gold sponsor of CIF Safety Week 2021. Sisk... 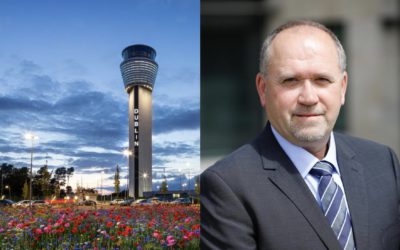 The cornerstone of the BAM H&S Strategy 2021-2023 is risk management. BAM understands that team participation and engagement with those carrying out the work are required to ensure the effective identification and management of risk. It is crucial that the team... 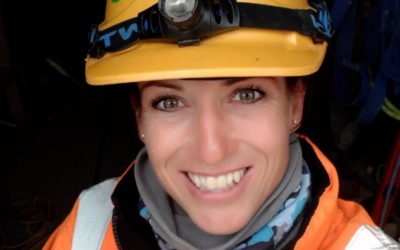 The job of a slinger signaller is one of the most important jobs on a building site. It requires skill, diligence and concentration, working alongside the lifting teams to provide safe direction and supervision to crane operators. AP, Crane Coordinator and Dowling...