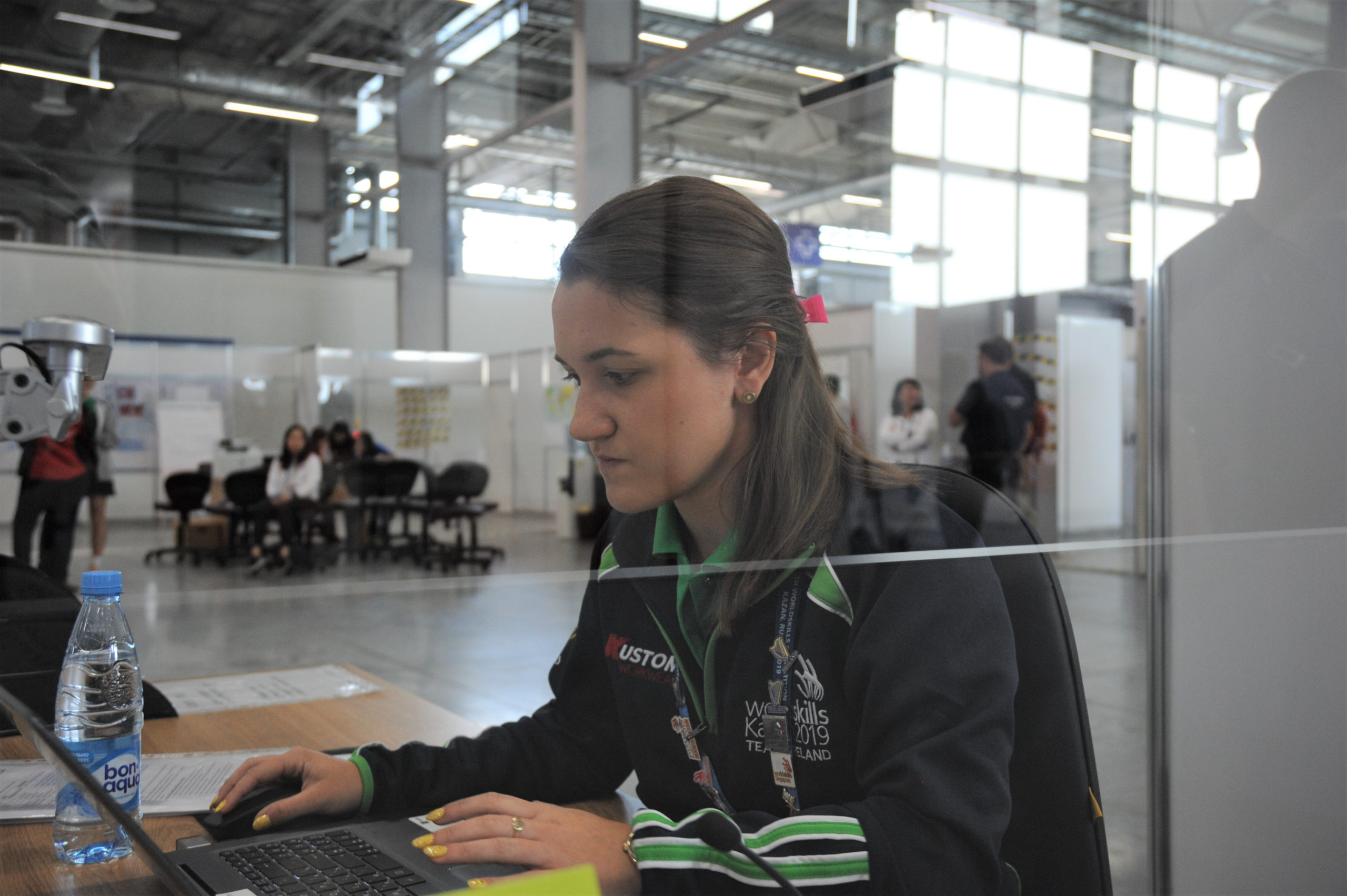 It’s the Olympics you haven’t heard about. And Dubliner Megan Yeates, formerly a logistics manager at Lidl and DHL, is the reigning gold medalist. The WorldSkills competition has been held since 1950, as a world championship of vocational skills.

The last, in 2019, when Yeates won gold for Ireland in freight forwarding, was in Kazan, Russia. This year, a year late because of coronavirus, it will be in Shanghai. Altogether, Ireland’s team of 17 won four gold medals and one bronze, against 1,600 competitors from 60 countries.

“It’s basically like the Olympics, and instead of doing sports we do skills,” she says. “Most countries, the people that take part train for years. Chinese competitors were telling us they were training from the age of 10,” she adds. But Yeates had never heard of it until her final year of = university, at TU Dublin, when she heard there was the chance to compete in the Irish national championship. So she put in her expression of interest.

“It sounded like something really interesting, a chance to compete in the RDS, and potentially the chance to represent society.” And she was selected. Then ensued three days of eight-hour competitions at the Royal Dublin Society. “You’re given a laptop, and all kinds of different tasks related to freight forwarding. We had everything from requests for quotes, geography tasks, case studies, financial account presentations. There’s a little bit of everything to test your different skills areas,” she says.

Yeates won in that category, and so had the opportunity to apply for Ireland’s national team to go to Kazan. “But not everyone who wins nationals gets a place on the world team,” she explains. “Ireland’s a small country, with budget constraints, so further selection involves interviews, they shortlist, then they pick a team.”

Which, as it happens, Yeates was on. Declan Allen, chair of the logistics programmes at TU Dublin became her expert trainer. “Using all his lovely connections, I was able to get a lot of opportunities over that summer to shadow people, in everything from shipping law to manufacturing, supply chain to warehousing,” she says. “Then I travelled in August to Kazan, Russia with the team, and we were there for almost two weeks,” she says. There was an Olympic Village. “The competition is obviously 10 times tougher than Irish competition, because at that stage you’re up against the best in the world.”

Judges play customers, she was given a laptop, phone, internet and tasks each day, with “a lot more than what you would expect at a traditional freight logistics office.” One task for which she had to pitch involved moving an aeroplane from Germany to Russia that had no engine. And “you can’t just put an engine in it and fly it unfortunately,” she laughs.

“You get fictional shipping times, then maybe you get an email to say, it’s missed its connection, the truck arrived late, so you have to bring in contingency planning and problem solving.” In other tasks, she would have to prepare quotes, or judges, playing customers, would ring with their issues. “You’d be tested on customer service skills.” Outside, she says, “you become very good friends with your competitors, these are the people who can relate to what you’re feeling”. And she is still in contact with the competitor from Singapore who came second.

“It’s lovely. Everybody’s friends at the end. You take your pictures, exchange details to stay in touch,” she says. She came back from Kazan, and then during coronavirus “had a lot of time to think and reevaluate what I wanted to do after”. This led her to decide she wanted to lecture. She’s currently finishing a Masters in logistics and supply chain management at TU Dublin, with hopes of teaching and a doctorate after. The last WorldSkills event, in 2019, when Yeates won gold for Ireland in freight forwarding, was in Kazan, Russia. Picture: WorldSkills

And for Ireland, “we are unique, we are an island, and compared to our European neighbours, we don’t have land borders.” So all goods coming to Ireland have to come by sea or aeroplane. After two years of supply chain shortages, many people in the logistics industry are facing challenges involving burnout.

“I think it’s safe to say a lot of people in the industry are seriously struggling. We’re two years in, there’s no light at the end of the tunnel. And the transport sector only gets more difficult day by day, with driver shortages and capacity shortages,” she says.

At the same time, Yeates adds, ”it could have been an awful lot worse. That no shelves were left empty or people left wanting for things, is a huge credit to the logistics and supply chain community out there.” Skills needed now more than ever

WorldSkills Ireland 2022 returns in March to promote skills and apprenticeship careers and opportunities for young people as they navigate future options following secondary education. Announcing the return of the event Niall Collins TD, Minister of State for Skills and Further Education was joined by Megan Yates, pictured above right and opposite. “I hear consistent messages from employers in areas of skills demand and I see the demand for future skills required to support the economy,” the Minister said. “Many of these areas, such as cyber security, construction, transport and logistics, are encompassed in the WorldSkills Ireland 2022 competitions.”

Supported by industry partners, SISK, Designer Group, the Construction Industry Federation, ESB Networks and Autodesk, the event is a partnership between enterprise, industry, education, training and government. “The skills shortage is one of major challenges across all sectors today, especially as businesses look to rebuild following the pandemic,” said Ray English, WorldSkills Ireland-Chair and Technical Delegate.

“Simply put, we need more skilled people across multiple sectors. This has been recognised at all levels, which is reflected in this unique event’s collective support from education and training providers, industry and government.

For further information on WorldSkills Live go to worldskillsireland.ie