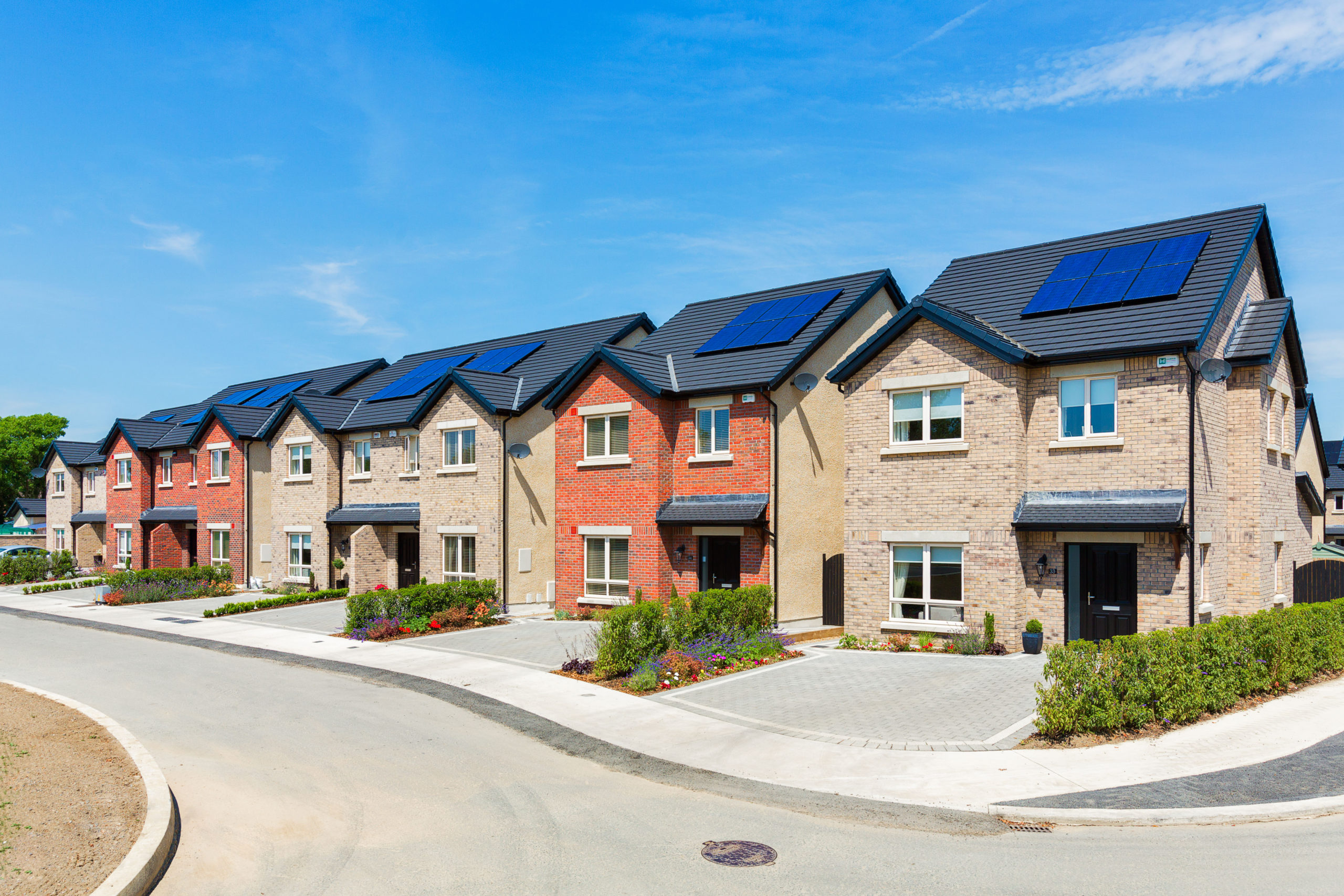 The drive towards digital construction, sustainability and more circular building practices goes to the heart of one Cavan company. Based in Ballyjamesduff, Modern Homes Ireland (MHI) is a company with its eye on the future. Providing modular homes, 95 per cent of its steel-framed homes and commercial units are constructed before leaving the factory.

This innovative off-site volumetric build technique is technology, people and process led, with less safety risks due to so much of the build process being taken offsite and into a controlled environment. MHI is also the only NSAI certified volumetric housing provider in Ireland. “The initial part of the process is computer led manufacturing, CAD and CAM software. We do a slightly different model to the traditional one,” says MHI Director Micheál Keohane.

“Once the software rolls though the machine it bends, profiles and cuts it making a Meccano set out of it effectively for walls, floors and ceilings. “It puts them together into a box that then rolls through the factory and goes step by step through all of the fire and acoustic testing. We approve details and have a factory production control system to complete checks and compliance,” he adds.

“At the end of it you’ve gone from raw steel to having modules that have windows, insulation, plastering inside, doors are hung – everything is pretty much finished.” These modular units are then packed onto trucks, sent to site and lifted into place. One of MHI’s housing projects

“Generally, it takes about an hour a module” Keohane says. “We can install a pair of semi-detached houses in a day, about four hours a house and about 90 per cent completed.”

Total completion, he adds, comes down to how fast the client can get utilities like water and electricity in place. This new approach to homebuilding helps negate issues with topography, organisation and the unpredictability of the elements. It’s also leading to a demand for new skillsets.

“We have a lot of people who would have expertise in roll forming machines and the plant and equipment that’s required to deliver it,” says Keohane. “It’s metal fabrication as opposed to building. It’s a different experience.”

“As it evolves, we’re seeing a lot of what we’re doing is production engineering, a different trade to traditional construction. Lean construction has definitely helped but it’s not on mass in construction. The next step for us is automation and robotics,” he adds.

“Some of the new technology we’re working on, we’re using generative design at the moment, it’s really exciting stuff and is definitely going to bring a more diverse range of people into the business. Feasibility can be done at a fraction of the cost.”

In January 2019, it was announced that Royal BAM Group’s Irish operating company had acquired a non-controlling share in MHI. The move has enhanced opportunities for both companies in the homebuilding sector. Inside an MHI home

Established in 2016, MHI has completed almost 700 residential units to date including a combination of social housing and high-end residential developments. Its modern methods could prove pivotal to feeding the growing need for housing. BAM’s modular expertise has also proved successful in the Netherlands, where production facilities in Veenendaal develop innovative elements for newbuild and renovation projects.

But modular homebuilding accounts for less than one per cent of houses in Ireland and a step change is needed, according to MHI.

“It has to become more diverse,” Keohane says. “It’s absolutely critical, if the Government is serious about resolving the housing crisis they have to accept that the labour force isn’t there to do it and the capacity isn’t there in traditional construction to deliver the output that they need.”