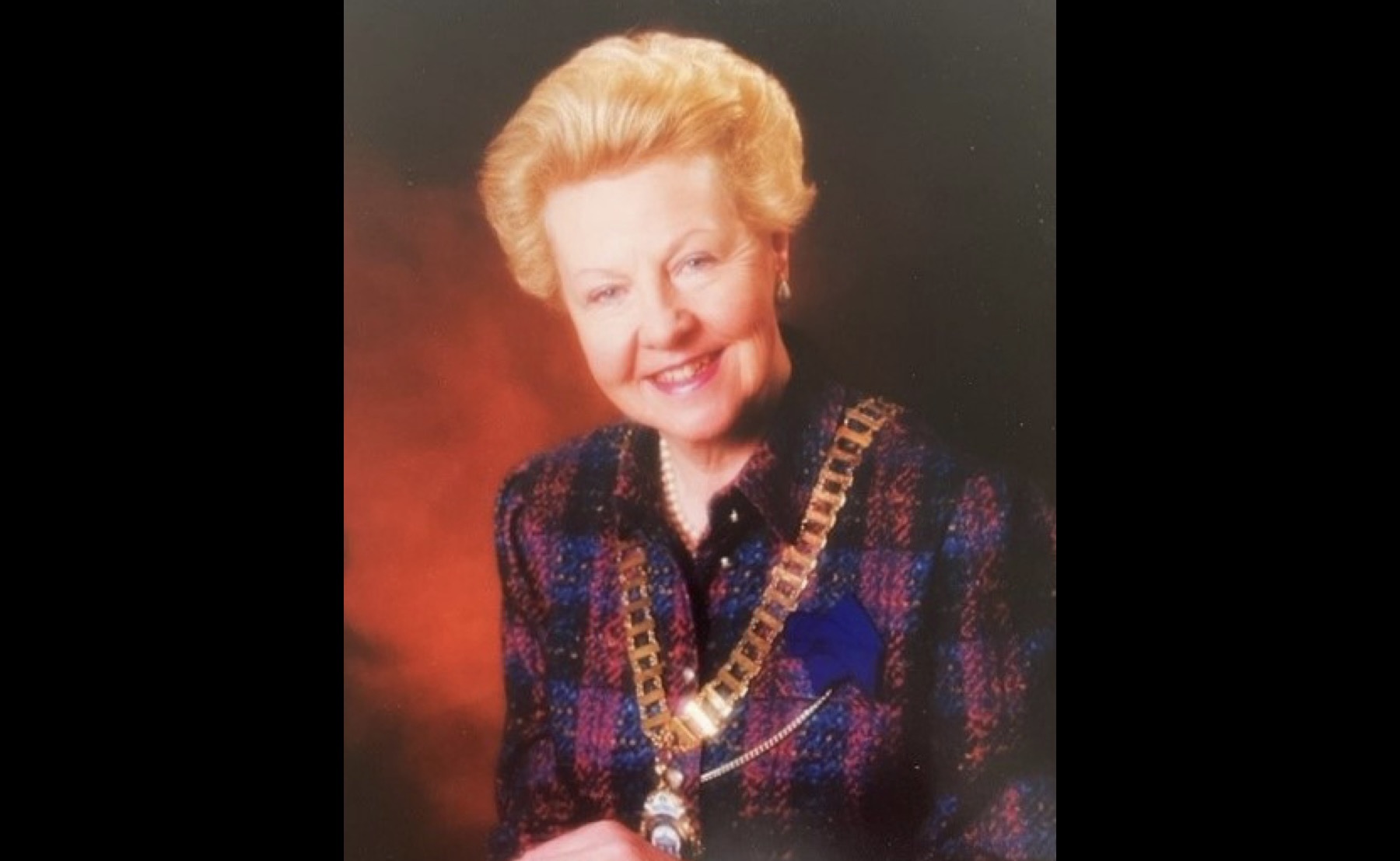 Heartfelt tributes have been paid to Dr Mirette Hanley Corboy following her death at the age of 92.

Described by those who knew her as true role model and trailblazer, the Limerick native successfully embraced leadership roles at a time when it was unusual to have women in senior industry positions.

“Mirette served the Mid-West tirelessly, both locally and on the National Council, before becoming the first female president of the CIF in 1981. Her company Portland Estates (Limerick) Limited built many of Limerick’s housing stock and contributed to the establishment of the University of Limerick.

“During her time with the CIF, Mirette took a keen interest in community affairs, giving unselfishly of her time as Chairperson of the Board of Limerick Youth Service, which was and is involved in the training and caring for underprivileged, deprived and abused children.”

She was also Chair of the Limerick Enterprise and Development Board.

“She gave her time, her intelligence and her ingenuity and designed the financial concept which allowed UL to build the first loan-financed student village in Ireland which eventually saw all Irish universities follow suit.

“She is remembered by all who knew her as a lady of great charm and remarkable ability. My sympathies and those of the entire UL community go to Mirette’s children and her wider family. Our gratitude goes to you Mirette.” 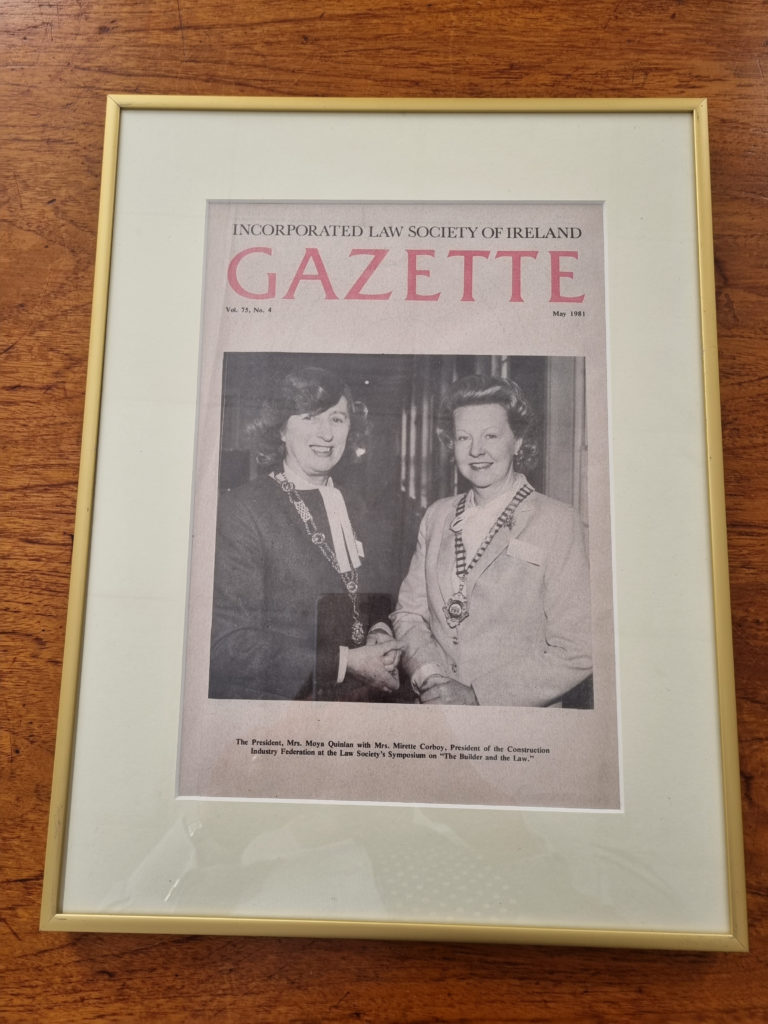 During her time as CIF President, Mirette was pictured on the cover of the Law Society of Ireland Gazette in 1981 with Law Society President Moya Quinlan

Born Mirette Fitzgerald on May 23, 1930 in Limerick city, Mirette Corboy was a steadfast and passionate supporter of the construction sector. Originally interested in a writing and journalism career, she attended university in Paris where she became fluent in French.

As a mother to two sons and a daughter – Nigel, Mirette and Melvyn – Mirette tragically faced a devastating heartbreak when Séan died in 1973. She carried on as Managing Director of the business, a now-solo role that wasn’t without its challenges.

Mirette quickly gained a reputation as a tour de force in the industry and found happiness again with Limerick business man Tony Corboy, whom she married in 1977.

With a successful leadership role in Portland Estates, she went on to become involved in the CIF, representing Limerick on the National Council.

“We were always very proud of her. In her own way she advanced the cause of equality by her sheer dedication and work, as well as equal opportunity at a time when it was unusual to have women in positions of authority or power,” said Melvyn Hanley, Mirette’s son.

“The CIF team was very important to her, it wasn’t just the role. She knew the good work that the CIF staff were doing in trying times when things were difficult. She was very committed to the Mid-West and always felt it was neglected. She made sure to try and keep that front and centre.

“Urban regeneration was important for her because of the decay of Irish cities in the early 80s. She was concerned there was a lack of  imagination around some of the developments that occurred at the time.

“For me personally, not only did she combine work in the industry with her voluntary work, but she did all that as well as being a mum.”

A lifelong advocate of female representation in construction it was only earlier this year, in an interview with Construction Magazine, that Mirette herself had this to say.

“It’s very important to see women in leadership roles, doing and achieving.  There are so many women who have made such a great contribution. I would love to see that being continued.”

Dr Mirette Hanley Corboy has left an impressive legacy. Just as in life, her spirit will endure and continue to inspire.